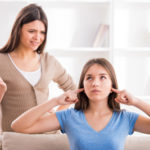 A Note From the L.A. Teen Therapist

Here is some important information that describes the developmental changes that occur in teenager’s brains. – Sandra

Teenagers are going through a transitional time when the brain rewires itself for emotional attachment, reproduction, and ultimately the creation of a stable family structure.

There can be a noticeable gap between intelligence and behavior during the teen years. We used to attribute this to the assault of a hormonal hurricane. There is actually a lot more going on in the different structures of the teenage brain that end up having long-term consequences.

The myelin sheathing, which insulates nerves, increases by 100% in teenagers. Myelin sheathing is responsible for the conduction of nerve impulses to the brain. As the nerves become twice as efficient, this feeds the intensity and speed of a person’s reaction, contributing to the experience of mood swings.

The teen years are also time of the lowest levels of Serotonin in the human brain during human life. Serotonin is the primary transmitter in the limbic system, having to do with morale and moods. Low serotonin levels create a state in which a teens are more susceptible to feeling stressed and overwhelmed.

The brain does not grow in an orderly fashion. It first over-produces a bunch of connections that go to new parts of the brain. Then, in the later teen years-around age 16 through the mid-20’s-it starts eliminating connections based on how frequently they are used. The connections that remain determine a person’s sense of identity. 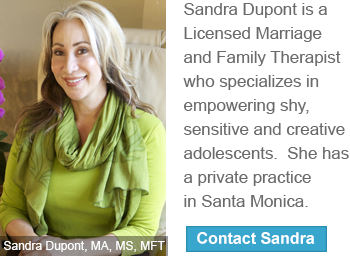 "I help parents to understand the issues teens face today and support their kids in successfully navigating the adolescent years. Take that critical next step and allow me to demonstrate the value I can offer to your family."

Sandra Dupont is an empathic and extremely effective teen therapist. I would recommend her wholeheartedly.

Ms. Dupont is one of the best in town! I would send my own daughter to her.

Sandra has found a way to translate the wisdom that comes with age into a language that adolescents can relate to.”

Helping teens understand who they are as a valuable individual is where Sandra’s work shines.

My teen daughter now sees uncomfortable experiences as an opportunity to grow and learn more about herself.

The best example of her work is in my son’s improved behavior and attitude towards life.

Sandra helped me put a lot of the events in my life into perspective.

My teen daughter has calmed down, and no longer carries the same anxiety that she once did

Sandra’s feedback resulted in bettering my self-image, my self-esteem and confidence.

Sandra’s work with my teen son has made him a more secure, confident and happy individual.


Send me an Email